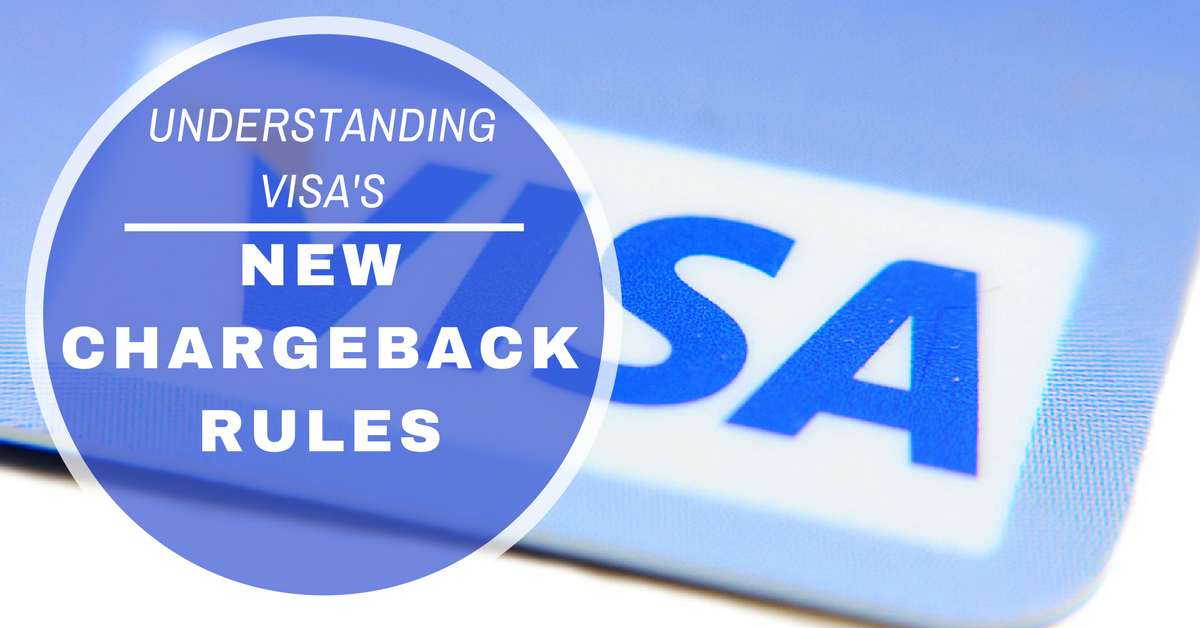 April 2018 marks a big milestone in how VISA plans to handle transaction disputes more efficiently. This new VISA Claims Resolution (VCR) initiative will simplify the processing of these common and expensive transactions through new chargeback rules for all merchants who accept their cards. Instead of employing litigation-based methods, the new program uses liability assessment to process claims quicker than ever before.

Experts estimate that chargebacks (now referred to as “disputes” by VISA) will cost businesses and card issuers more than $31 billion by the year 2020, representing a significant chunk of lost revenue. All of this money and productivity loss is considered unacceptably high at a time when credit cards claim to be nimbler and more customer-focused than ever. VISA chose to lead the industry with measures designed to bring clarity to one of the most confusing aspects of card processing.

While the updates are designed to reduce losses to VISA and ensure that cases of fraud and abuse are caught early, these changes may disproportionately affect high-risk merchant accounts more than other customers. Understanding the rules will be vital to ensure you can continue doing business as usual.

Currently, there are over two dozen chargeback codes that can be used to explain why a transaction may be refused or reversed, making it confusing for retailers and consumers. These codes cover everything from fraud to duplicate charges, and the new rules aim to make identification and resolution more manageable by offering just four categorical code options. The hope is that, by narrowing the scope, resolution time can be reduced to 20 days or less from the current timeframe of a month or more.

Currently, rules require issuers, merchants, and acquirers to work together to resolve disputes in (collaboration.) The new workflow will allow some disputes to automatically process under automation rules, where they will be checked against VISA’s contract, as well as compared to refunds issued on the card. Disputes that appear invalid will be blocked from being a chargeback. Those that appear valid will be approved for chargeback at the merchant’s expense, and without much opportunity for appeal from the merchant or acquirer.

Getting Ready for Changes

The original deadline for merchants to prepare for these new rules was October 2017, but retailers now have until April of 2018. This extra time isn’t a reason to delay, however. There are a few very significant changes to business for merchants moving forward, as a result of the new chargeback rules.

First, a significantly reduced response time will be expected of all merchants and retailers. In the past, VISA may have given stores 45 days or more to respond, but the new rules require almost immediate action to reply to fraud and authorization issues. The new timeframe doesn’t mean you won’t be required to provide evidence on each charge, however. Make changes to your documentation process now to ensure you can still respond promptly to VISA’s requests.

Second, the most popular reason code – 75: “Transaction Not Recognized” – will disappear under the new rules. Its use as a default for charges that don’t fit into a neat category won’t be needed under the new rules, which provide more specific reasons for disputes from the very beginning. Look for some of these charges to now fall under the “fraud” category – with fraud numbers going up, as a result. Combat this possibility by taking proactive measures to let customers know how and when they will be charged, as well as how the charge will show up on their credit card statements.

Finally, it’s important to pay attention to the number of transactions made to flagged accounts. Under the new rules, there may be no more than 35 eCommerce transaction disputed within 120-days on accounts that confirmed as fraudulent. Retailers should have processes in place that alert them to multiple charges to the same account within a short window, as VISA will block disputes from accounts after the limit.

Looking Forward to the Changes

Retailers can get the best results by ensuring all their payment processing platforms (also referred to as the “ecosystem”) integrate easily. E-commerce platforms, payment gateways, and reporting tools should be easily accessed from a common area so that documentation and transaction data is easy to obtain and up-to-the-minute. Since you will get one chance to submit your “evidence package” in response to a case, it’s important to do it right the first time. The better documentation you can provide for each collaborative dispute, the more likely you are to win your case and avoid having to pay expensive chargebacks and see loss to your business.

These new chargeback rules should eliminate much of the back-and-forth that retailers used to engage in with the card issuer and the customer. Don’t expect it to come without some growing pains, however. Take time to learn the new process and how it will affect your ability to keep more of your money safe from expensive chargebacks.