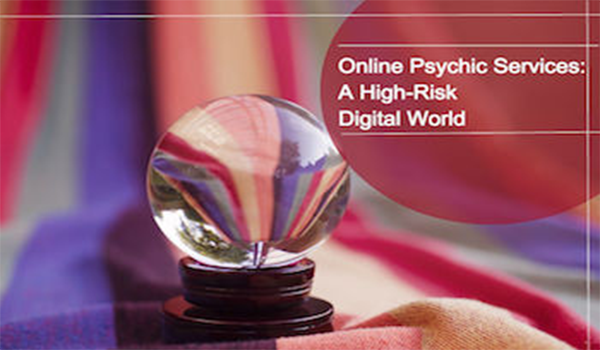 Definitive statistics are difficult to come by, but reported 2015 results add up to global e-commerce sales of $1,236.7 billion in the top 10 countries alone. An enormous volume occurs online globally, facilitated by electronic payments with credit and debit cards.

With the number of online platforms exploding, vendors of all sorts can sell their crafts, books, and services more easily than only a few years ago.

Low-risk merchants may participate in ecommerce at will.

High-risk merchants in the online space include those offering esoteric services in the polytheist and Pagan communities. These vendors sometimes fall afoul of payment card rules prohibiting the sale of “fortune teller services” or “occult items”.

Without the ability to obtain a psychic merchant accounts, these merchants cannot accept electronic card payments, and often don’t survive.

It’s not that these online shops are illegal. Federal laws against witchcraft, Pagan rituals and other occult practices have never existed in the United States.

District and federal courts have recognized both witchcraft and Paganism as valid and legitimate religions, and practitioners are entitled to the same Constitutional protections as followers of other belief systems.

In some states and locales, laws against divinatory practices like fortunetelling and Tarot card reading are still on the books. When passed, they were intended as anti-fraud measures to protect residents from being swindled by con artists.

While anti-witchcraft laws are still on the books in Canada, they’re rarely prosecuted either. Hinging upon the words “fraudulently… pretends to practice… undertakes for a consideration to tell fortunes…” and the like, penalties are minor (similar to a U.S. misdemeanor).

If occult products and psychic services aren’t illegal, then why are these ecommerce sites considered high risk, or even outright forbidden by major card brands and many payment processors? Which practices are considered occult, and which aren’t?

No One Accuses the Payments Industry of Clearly Communicating

The language in payment processor and card brand rules and user agreements is vague and complex, without workable definitions of the items being proscribed. Businesses are just prohibited from accepting payments for things like “occult materials.”

In one instance, the payment processor’s user agreement simply forbids “any activity that indicates in (our) sole discretion that there may be a high level of risk associated with you.”

No definitions, no clear communication, just a requirement that the business owner signs on the dotted line and takes a chance.

For many years, these psychic ecommerce site merchants assumed that the payment providers inserted into their agreements standard boilerplate language from the big payment card brands, Visa and Mastercard. It was thought the terms were there only to protect processors from liability in cases of fortune telling scams.

No one expected to see the wooly rules enforced.

And yet they have been. Merchants running psychic ecommerce sites have been shut down when payment processors terminated their psychic merchant accounts. And even selling platform giants e-Bay and Etsyjoined the witch-hunt and tightened rules in 2012 and 2015, respectively. New rules targeted mostly intangible magical and religious services.

Practitioners and merchants have spoken out in frustration against what they see as discrimination and unfair business practices. Because they’re forced to pay high-risk rates to an acquirer (if they can even get approved for an account), their product prices must increase to cover higher operating costs.

Some psychic ecommerce site merchants are calling for the community to self-regulate, while others bemoan the lack of a trade organization to champion their cause. They’re calling for trade association members to recognize and practice under formalized ethical principles and practices, and public education.

These practitioners recognize that skepticism toward their community arises from scam artists who operate “fly by night psychic hotlines” and the like. They also understand the banks’ concerns about fraud and protecting their bottom lines. The merchants are in business too.

What they’re asking for is a balance between fraud protection and religious freedom, and the ability to operate businesses according to their beliefs and ethical standards.

If you find yourself in the same quandary, help is available with a payments processing partner that treats you and your business as more than a means to an end. You should be treated like a partner.

A highly reputable, global merchant payments processing partner will provide transparent solutions that have been tailored to suit your business model. They’ll have relationships with banks that will support your business and work with you, ensuring the payment side of your business seamlessly operates.