What to Know About Stripe Merchant Services During Chargeback Season 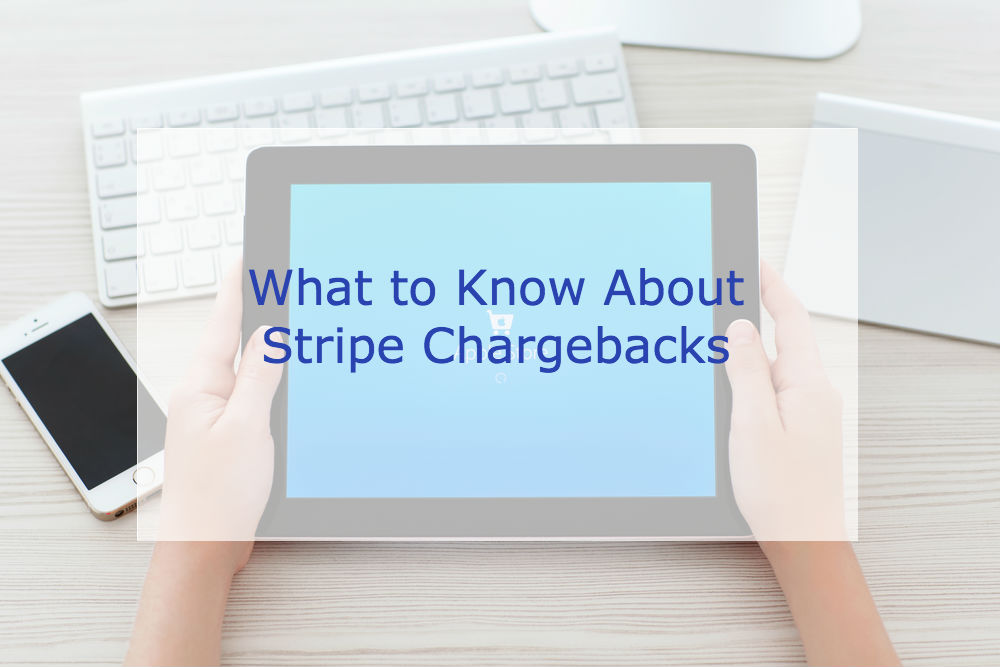 By the time you read this, the holiday season may be running on fumes. Online shoppers search countless websites for the very best deal, and finally — for one lucky merchant — hit “buy now.”

Then they do it again, and again, hunting for the perfect items to fulfill the next request, and the next, on their shopping lists.

Until they’ve slayed the consumer holiday beast — exhausted their retail energy — emptied their bank accounts — or maxed out credit limits for every payment option.

Yet one cloud may dim the holiday lights for ecommerce merchants, looming until well after the holiday shopping season: chargebacks.

If not careful, online merchants stand to see their record revenue revelries come to a screeching halt when 2017 holiday chargebacks continue to hit throughout 1Q 2018.

What could be even worse? Merchants who accept Stripe payments could see their accounts shut down by Stripe Merchant Services and their funds frozen for 30 to 90 days — without warning.

Dealing with chargebacks any time of year dismays many ecommerce merchants. But during the busy holiday season — when chargebacks already occur at elevated levels — chargeback disputes add stress and take time away from maximizing business results.

How and why does it happen? What’s the link to the holiday season? It pays to know what horrors might lurk right around the corner.

Holiday Chargebacks — The Coal In Your Stocking

Customer-initiated chargebacks were so prevalent after the record setting 2016 holiday season that Cardinal Commerce dubbed the second Tuesday in January “Chargeback Day.”

As holiday sales increase to record levels again, so do chargebacks.

Yet no one wants to see their best business results gobbled up by chargeback fees, along with the holiday turkey and cranberries.

Payments blog writer Marilyn Latham says that both legitimate and fraud-related chargebacks spike this time of year due to:

(Sad but true that customers who’ve overspent this holiday season might decide to file fake chargeback claims. Let’s hope they read this first. Even though payments industry writers often use the term “friendly fraud,” there’s nothing friendly — or legal — about it.)

Chargebacks cost merchants through lost revenues (via transaction refunds), chargebacks fees, ($15 per Stripe dispute), lost holiday goods (when not returned), and associated shipping costs — not to mention the time and effort required to address them.

Unfortunately, payment aggregators like Stripe terminate accounts and freeze funds at will. They aren’t required to give a reason; it’s just game over for the merchant. That’s what Stripe Merchant Services does way too often. One merchant story you should read says it all.

Melissa Johnson of Merchant Maverick highlights these issues as the most frequent complaints against Stripe Merchant Services based on reviews from BBB (Better Business Bureau) and the Ripoff Report:

Note the earlier point about Stripe being built for developers. A merchant must enable the security measures and other protections that exist in the Stripe service, using the Stripe portal. Help consists of online documentation.

Says Johnson, “It also merits mentioning that Stripe doesn’t offer any sort of assistance in fighting chargebacks beyond its documentation tools — but then again, only a few select processors get hands-on in the process.”

Choose A Select Processor That Gets Hands-On

MerchACT is the leading provider of merchant accounts and payment technology to high risk, innovative ecommerce companies who operate outside the box of traditional e-commerce retailers.

We provide a full suite of payment processing products with an easily integrated merchant payment platform — all of the components needed to process and settle transactions under one roof:

So don’t leave your chargeback season success up to a processor like Stripe Merchant Services who won’t get hands-on to help you succeed.

Instead, choose MerchACT — and we’ll help you keep celebrating when your holiday success shines bright well into chargeback season.